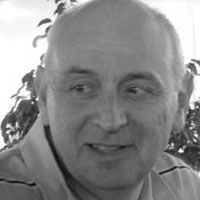 Geoffrey Davies is a Principal Lecturer at the University of Westminster teaching journalism and television since 2002.

He trained with the Thomson Organisation in Newcastle on The Journal daily newspaper and then moved to broadcast journalism with Thames News, working as producer. At TV-am  he was the original producer of Frost on Sunday, a format that ran on several channels for the next 21 years.

In his freelance career Geoffrey has worked as a producer at LBC, and ITN, as a business manager in a broadcast television services company, made corporate videos, conducted media training and written about the broadcast industry and technology for national and trade press.

© 2020 The Media Society. All Rights Reserved